Long gone are the 1960s days of flower power and counterculture hippies.

However, Baby Boomers still use drugs. Although the choice of drugs has changed over time.

Why are baby boomers taking so many prescription drugs?

Let’s take a look at that and also why it may not be such a good thing.

Why are boomers taking so many prescription drugs?

As baby boomer’s age and retire, many find themselves either lonely or in pain. As they decline in years, resorting to alcohol and prescription drugs relieves these ailments.

There are a number of websites such as SAMSHA, Forbes, DrugAbuse, NPR, etc. that provide detailed information  as to why baby boomers use drugs in record numbers.

Following are some statistics taken from those sites.

Reference: Prescription Drug Use Among Midlife and Older Americans

Taking so many prescription drugs may not be a good thing.

Instead of taking mind expanding drugs as they did in their youth, aging, injured, and ill boomers escape through drugs like Xanax, Zoloft, and Oxycodone, and Vicodin.

Additionally, some people combine prescribed medications with alcohol. Unfortunately, this toxic combination could result in unpleasant, or in some cases, very serious side effects.

Furthermore, prescription drugs often have common side effects such as:

Is Cannabis a solution?

Although cannabis, the popular weed of the 60s, is not as popular as prescription drugs, it remains high on the list of ways for boomers to get high.

According to SAMHSA, Substance Abuse and Mental Health Services Administration, over 3 million adults over 50 have smoked illegal pot at some time in the last year. (How they gather this information is a question I’m still pondering, as answering in the affirmative could render you in prison.)

The positive side of these statistics is knowing that these pot smokers are fearless and willing to go against the status quo to relieve their pain.

Boomers have been told since childhood that marijuana is taboo. Despite that, the over 50 crowd takes the risk of buying illegal cannabis.

Does this fact demonstrate that a number of boomers want the freedom to make choices about their own lives, in particular, their health? Maybe.

Smoking weed remains a controversial subject in the United States.

I don’t know how many boomers are smoking pot for recreation, or how many are using cannabis for medicinal purposes.

However, I have contemplated that people in pain, may also live in a state that outlaws marijuana.

Therefore, it’s plausible to conclude that in order to relieve their pain without using a prescription drug, they smoke marijuana, which happens to be against the law in their state.

I doubt if they’re harming anyone. They just want to feel better. And their drug of choice is marijuana.

Baby boomers buy into the system.

Our generation, the boomers, who questioned authority and rebelled against the establishment, have bought into the system. It’s a shame because they’ve allowed big pharma to turn them into opioid drug addicts.

Baby boomers have chosen to allow doctors and pharmaceutical companies to be in charge of their health. This is the complete opposite of Rebel Retirement’s vision to empower boomers. We believe individuals should take charge of their own health, and not run to a doctor for every sniffle, ache, or pain.

However, statistics show that most boomers do just that. And because drug companies are about making money, they love it when another prescription is filled.

Prescription drug spending in the U.S. last year was a whopping 374 billion dollars! That’s a chunk of change that would be lost for prescription drug companies if boomers sought other natural, dietary, or homeopathic solutions to manage their health.

I don’t think Big Pharma would be happy about that!

People love the all-time marijuana classic, A Child’s Garden of Grass.  You can click the link to read reviews and check the price on Amazon. If you buy through this affiliate link, we will get a small commission. However, you will get Amazon’s amazing prices and great customer support.

Baby boomers still use drugs, and their drug of choice is by prescription. Consequently, many have become opioid addicts.

Although Baby Boomers were considered anti-establishment, many have bought into the medical system as evidenced by their extensive use of prescription drugs.

However, there is a good portion of adults over the age of 50 that use marijuana to get high and to relieve pain.

Rebel Retirees on their quest for optimal health, often consider alternative methods of pain management such as medicinal marijuana or holistic medicine that considers the whole person – body, mind, spirit, and emotions.

Editor’s Note: This article was originally published in 2017. It has been updated for accuracy. 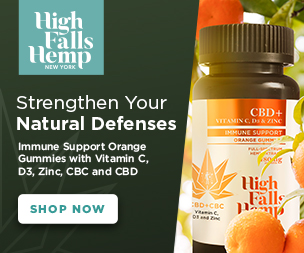